Maybe not all who wander are lost. But I sure tried hard to get us there.

My first adventure with the boys was yesterday, our first full day in Croatia, when I woke them from their jet-lagged sleep to go for a walk to find their school. It was supposed to take 20 minutes. I thought we’d get there fine following Google Maps, but we missed a turn and took the long way around a seaside neighborhood where nothing looked familiar.

Many of the houses look alike here, pastel-colored homes with Terracotta roof tiles and laundry hanging out to dry. Not much was getting dry yesterday. Especially us. We tried to stop and buy umbrellas but couldn’t find any, so we took cover at a sports arena until we got our bearings and found the school an hour and a half after we set off for it.

Today, we were better prepared. Sarge drove us on the route last night, so we knew where we were going. We were armed with umbrellas, and we made it there in record time.

The front door of the school was already open when we got there.

Yes, unlike schools in America, there’s no feeling that schools here are on lockdown. The principal explained that most families from the United States are surprised how much freedom the students have to walk around school grounds. She assured me the boys would be safe.

The school is an international one, where the boys will learn and take tests in English. They’ll also learn some Croatian and Italian. A&W are in fourth and fifth grades, and they each have one other boy in their grade from America. A few other students are Australian and also started at the school knowing no Croatian.

We stopped in W’s classroom first, where the children were having recess. They greeted him in English and asked him to stay and play.

“We like to play war games,” said one of the tallest of the bunch, a cherub-faced boy of about 10 who looked at us with a big grin.

“That’s perfect!” W said, and he let me leave him with the group.

Then we went to A’s fifth grade, a smaller class of all boys – about six of them. The teacher invited him to join the lesson, and by the time I returned from talking to the principal, A was paired up with the other American boy and had borrowed a pencil and a workbook.

A&W weren’t scheduled to start school until next week, but the principal asked if they wanted to stay, and they did. I’m already relieved that they may be making their first friends right now.

The sun came out on my way home, and I stopped to smell the roses. 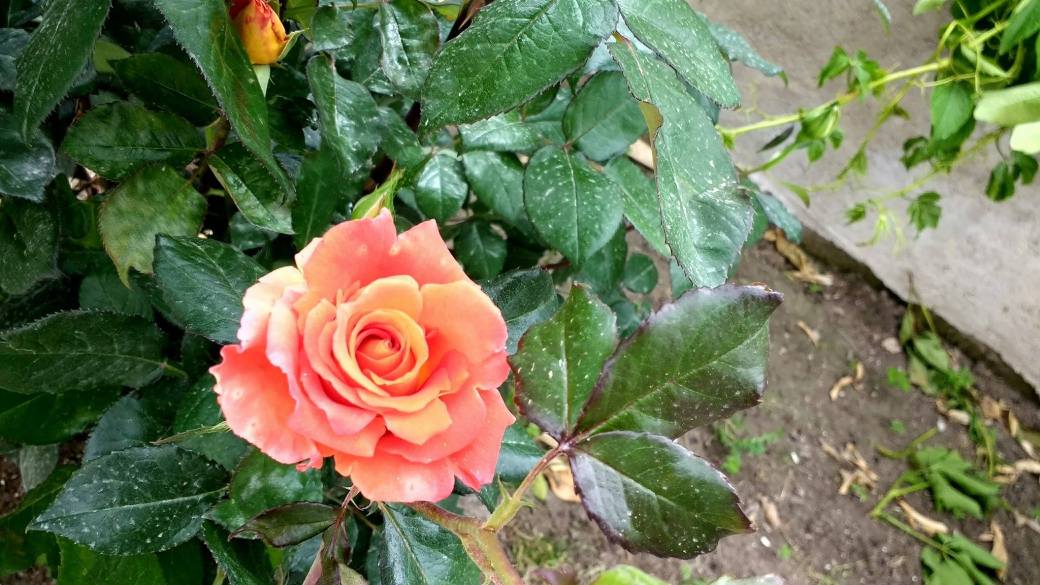 6 thoughts on “Not All Who Wander Are Lost. Except Us.”

Wish You Were Here

This is the online journal of my family's adventures abroad. We're moving to Croatia and making it the trip of a lifetime.

I'm new to WordPress and to being my own IT person. If you have tips on how I can improve my site, please let me know.
%d bloggers like this: